Our Honeymoon to Mexico: Part Two 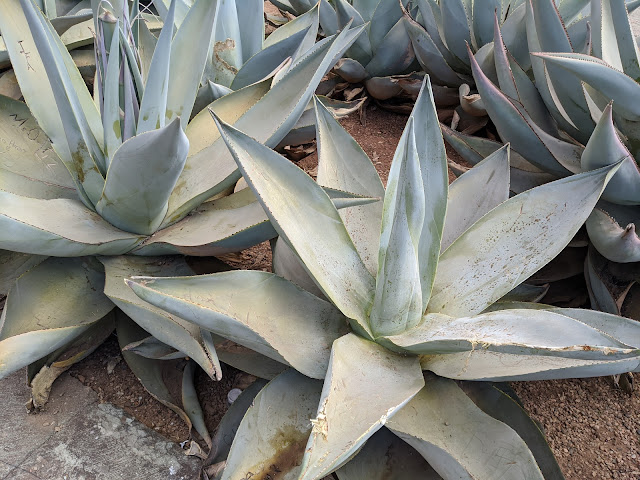 After our three blissful days in Mexico City we headed to Oaxaca City. Known as the culinary capital of Mexico, it is where a lot of traditional food, culture, and history has been preserved. We landed in Oaxaca early in the morning, arriving among the mountains.

We arrived at our hostel, and dropped off our bags and headed immediately to a little market known for its local food stalls and breakfast options. We were staying in the historic district of Oaxaca and there were many markets to explore.

We mostly spent our days wandering around, trying local food, and going to different markets. Everyone in Oaxaca was so nice, and staying in a hostel was a great choice.

On the Sunday, we took a local bus to a nearby town, Tlacolula de Matamoros, for the largest Sunday market in the area. Every Sunday people come from all over the region to sell their goods. There are also a lot of Indigenous Mexicans in this part of Oaxaca who come from decedents of Mayan people.

The most popular drink in the region is Mezcal. Mezcal which has become very popular in North America is made from Agave plants. A smokier cousin to tequila, mezcal agave plants can take over 30 years to grow to maturation.

One thing Oaxaca city is known for is their quesillo, or Oaxacan string cheese, similar to Canadian cheese curds, when super fresh it has that squeaky chew. We signed up for a cooking class about 40minutes outside of town at a cheese farm. The family claims to have been the original farm to develop the quesillo, they had a seal of historical approval from UNESCO. We got to try super fresh quesillo, and the grandmother taught us how to make a few dishes. We rolled out our own tortillas, made mole, and of course finished the meal with mezcal.

Not far from Oaxaca City is Monte Alban, the Zapotecs founded Monte Alban in the year 500 BC. The pyramids were in great shape and in mid January there were hardly any tourists. We spent a few hours wandering around the complex, some of the pyramids you were even allowed to climb. 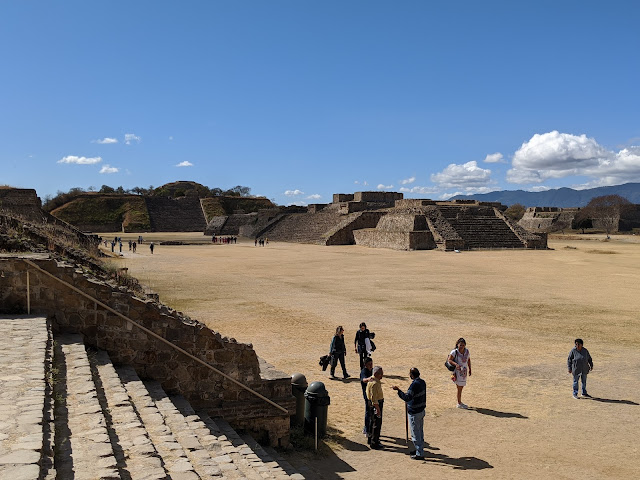 It is hard to say where in Mexico was our favourite, Mexico City was unlike anything we expected, and then we arrived in Oaxaca and it was filled with even more surprises. We had a lot of fund wandering around the old town, going to markets, eating A LOT of food, and exploring the history and culture. I definitely can not wait to go back.
Labels: Travel