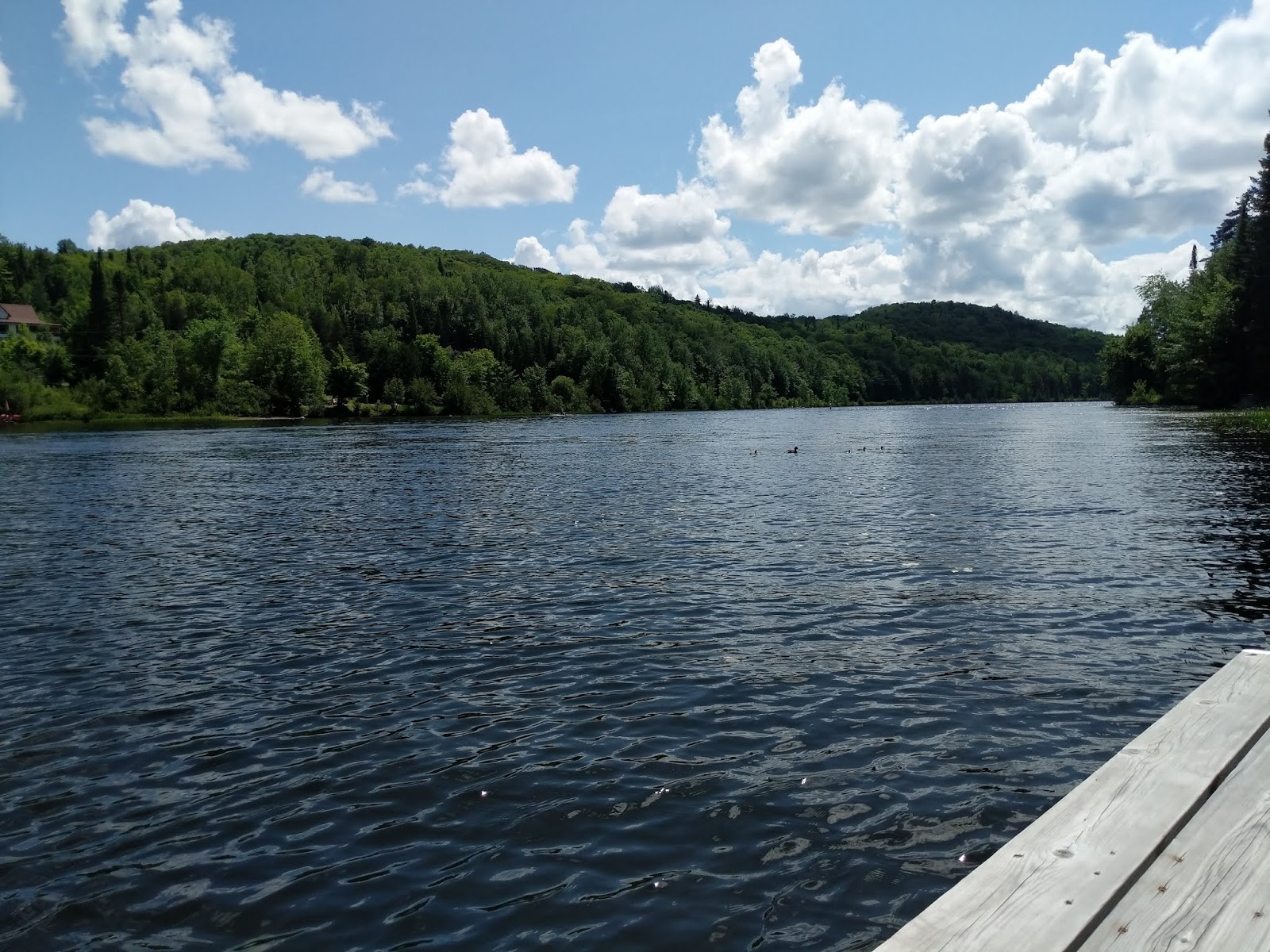 Its been a while since I posted! The summer has just flown by and I don't know where it went. So as I have fallen behind on my blog posts, I'm posting July & August spending together. 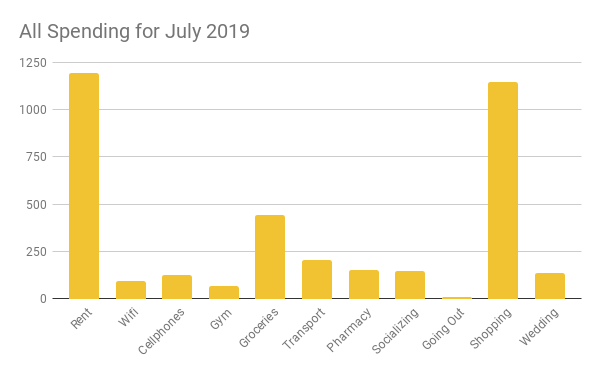 We probably could have saved more but we had family birthdays and trips to Hamilton planned which we knew would eat into our savings goals. Both June and July only represent 3 weeks of spending in each month since we were on vacation at the end of June and early July, so it is not a completely accurate representation. 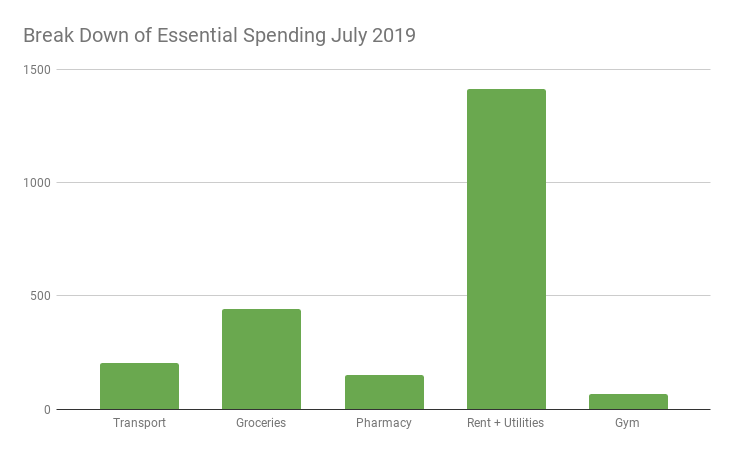 I'm putting the wedding stuff in the non-essential spending because while I want our wedding to be perfect and beautiful, essential spending is the stuff you need to buy to get by in your day-to-day life. Still, our highest amount spent was on shopping, we did ALOT of personal shopping this month. 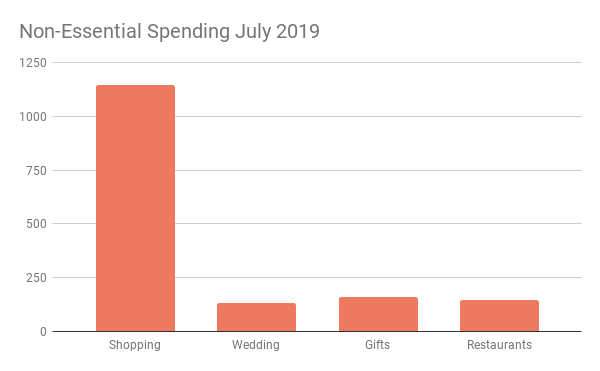 We spent a lot of money in August but this was due to a very high dentist bill. Neither of us had been in a while, and since we don't have insurance we had to pay out of pocket (but the dentist is worth it!) Then, after that was "Transport," we've been taking a lot of cabs and being lazy but the three largest transport costs have been: 1. Train fare to Hamilton for wedding stuff next month 2. Bus tickets to visit Nick's dad 3. Travel, we booked airfare from London to Dublin for a trip we are taking next month. 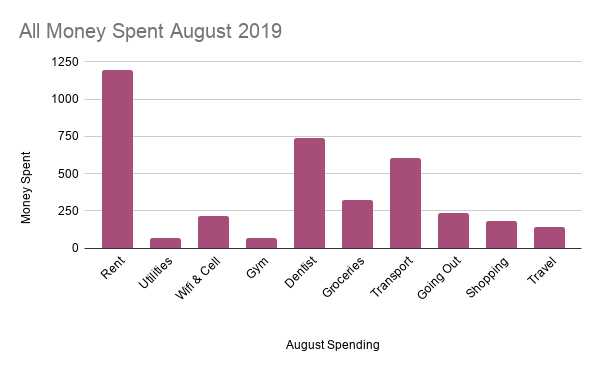 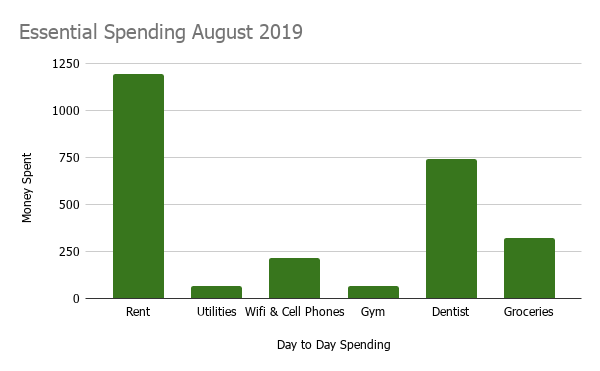 I've put the "Dentist" in the essentials category because really, going to the dentist if you can afford it is very necessary. We always manage to keep our groceries really low and everything else stays the same every month. Our hydro bill comes once every two months so it was due in August which is why you don't see it in July's graphs. 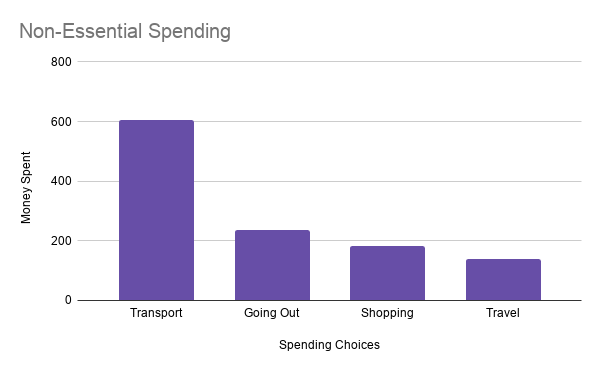 I've put "Transport" in Non-Essential this month because most of what we spent on transport was not day to day getting to work, but being luxurious and taking taxis to dinner, the airport, plus travel. Even though for us, travel IS essential, it is not part of day-to-day life. Mixed in the shopping and going out categories is my bachelorette and birthday gifts for people plus a bit of wedding stuff.

Starting in September I'm going to go back to tracking all our incoming money, and our out going money. I haven't been tracking whats going in, just whats going out and I think i'll have a more accurate picture with both numbers. I'm also going to try and CUT the spending, although with an up-coming vacation, again September will only represent 3 weeks of regular life. 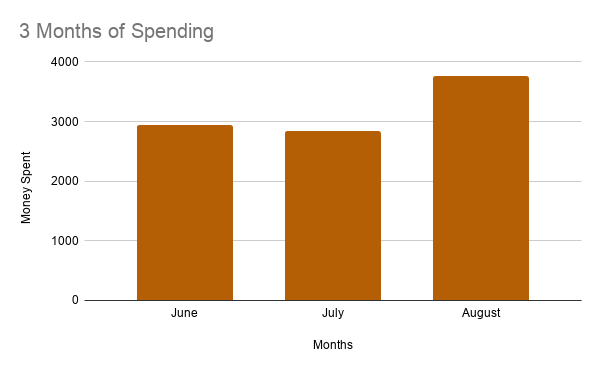 Moving into the last four months of the year, hopefully we will be saving more, our biggest expense is going to be our wedding, so we do have to save for that, but on-top of the wedding I'd like to be setting money away for our investment portfolio and for travel. In a few months I'll share our wedding budget, and our trip to London, but for the next 7 weeks I'll be focusing on the upcoming Canadian election, so get ready for me to change tracks.