Boycotting & Buycotting: How to spend your money ethically 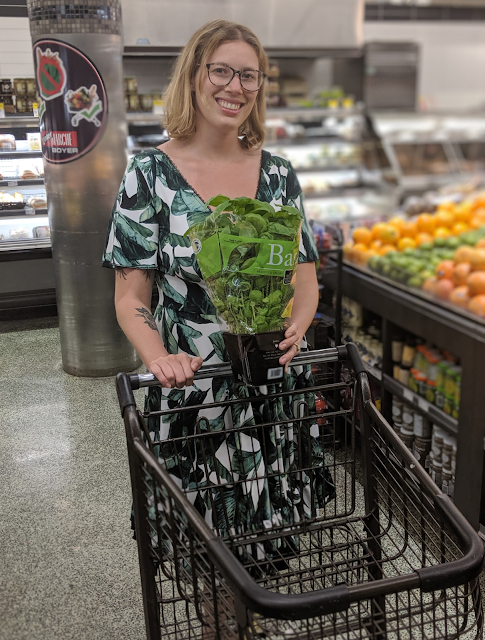 What are you putting in your shopping cart?

Every day we vote with our dollars, we support big businesses, local businesses, corporations, and everything in between. How we spend our money is just as important as who we vote for and it is really hard to vote with our dollars. Aside from the fact that we don't all have unlimited funds to buy whatever we want, it also takes a lot of research to find ethical brands. Lately though I've been wanting to put my money where my mouth is, so I decided to do some research into three major companies: Coca-Cola, Uber, & Amazon. After discovering some practices and policies at all three companies I've decided I'll no longer be supporting these businesses with my money.

A quick disclaimer before I continue on: this is not meant to shame ANYONE. We all have to provide for ourselves and our families. Big businesses (like Amazon) provide low cost items that are essential to our daily lives. I in no way judge people who support these corporations and others like them. However, myself and my partner are making this choice for us, and I'm just here to provide some insight and information.

First up, Coca-Cola. Coke was brought to my attention by my boss who has decided to discontinue selling ALL Coke products after it came out that they donated to both the Governor of Alabama and the Governor of Georgia. Both of these states recently passed legislation making it extremely difficult for women to access safe abortions. For this reason, I will no longer be enjoying any Coke products, either at work or at home. While Coke donated relatively small amounts to the Governors, the fact that they donated anything to is abhorrent. Listen, you can be pro-life all you want, as long as that belief is for you and you alone. No one has the right to tell women what to do with their bodies. Plus why is Coke even a dog in this fight?

Aside from funding extremist policies that try to control women, Coke has also exacerbated water shortages in regions that suffer from a lack of water resources. Coca-Cola has specifically harmed farmers and locals in regions across India, Colombia and many other countries. The damage they're doing to the environment and local impoverished communities is reprehensible. So goodbye sweet, sweet Coke. I didn't drink Coke often, but next time I go to the movie theatre I know it will be a challenge to not get some along with my popcorn.

Next up is Uber. Uber has a long long list of complaints against it, chiefly that they have a toxic work culture at the executive level in regards to their treatment of their female employees. They also treat their drivers as "contract workers" making it very difficult for them to have any rights as full or part-time employees. By being considered "contract workers" Uber gets out of paying minimum wage and providing any benefits whatsoever to their drivers. Uber also has strong ties to the Donald Trump administration, and has donated to the Saudi Royal Family. The Saudi Royal Family even has a seat on Uber's board, and after the murder of journalist Jamal Khashoggi, Uber came under fire for their close relationship with the royals. When Donald Trump began announcing his Muslim ban, New York Taxi drivers went on strike, refusing to service JFK airport. During this time Uber broke through the strike lines and dropped their rates to attract more customers. Basically, Uber has shown time and time again a complete lack of empathy for their drivers, has created a toxic work culture at the executive level, and has ties to sketchy governments and agencies. Obviously as a major corporation, you expect their priorities to be their bottom line, but in this day and age, we have to demand more from the companies we support.

Finally, we have Amazon. I LOVE Amazon. I bought nearly all my Christmas gifts with Amazon this year, and I really enjoy Amazon Prime Video. So this one will probably be the hardest to give up. Why is Amazon so bad? Their treatment of their employees is appalling. They are the embodiment of a late capitalist dystopian society. There have been many undercover investigations into Amazon's treatment of their employees, from paying below minimum wage, to sexual harassment, and violating workers rights (breaks, benefits etc). A report from CNN in 2013 showed that "The average warehouse worker at Walmart makes just under $40,000 annually, while at Amazon would take home about $24,300 a year. That’s less than $1,000 above the official federal poverty line for a family of four.” There is also the condition in which the warehouse workers are treated. Many employees have complained about a very strict work environment with minimal breaks. "People talk about peeing in bottles out of fear of being disciplined or terminated for ‘wasting time’ going to the toilet, to the point where employees deliberately decide not to drink water so they don’t have to pee while working."

Employees are also pushed to meet extremely high targets for packaging and distribution, and are now being incentivized to package faster by being paid bonuses. However, these bonuses are not in real world money, but in "swag bucks" and can only be used to buy Amazon products. If that isn't the start of some sci-fi dystopian story then I don't know what is. Creating a work environment where employees feel pressured to skip their breaks, and are rewarded with "money" that can't be used anywhere else in their life, other than at work, is an incredibly toxic scenario. While Amazon has recently raised warehouse workers hourly wage in the US to 15$/hr there is still exploitation of third party sellers, intense pressure to hit very high packaging targets, and a general bad work culture all the way from the warehouse level to the executives. I could go on and on about Amazon.

Look, its hard to shop with an ethical corporation. I dare say there is NO SUCH THING as an ethical corporation, so pick your poison. However, if we are going to combat climate change, the patriarchy, capitalism, and push for more rights and equality we have to demand more from the leading corporations in each industry. So instead of using these three companies, I'll be shopping locally, and supporting local businesses, I'll be using taxis and public transit (yes taxis have their flaws too), and I'll just be drinking more water! Just think if everyone stopped using Amazon tomorrow what kind of message that would send. The revolution has to start somewhere!


Some links from my research:
https://money.cnn.com/2013/07/30/news/companies/amazon-warehouse-workers/index.html