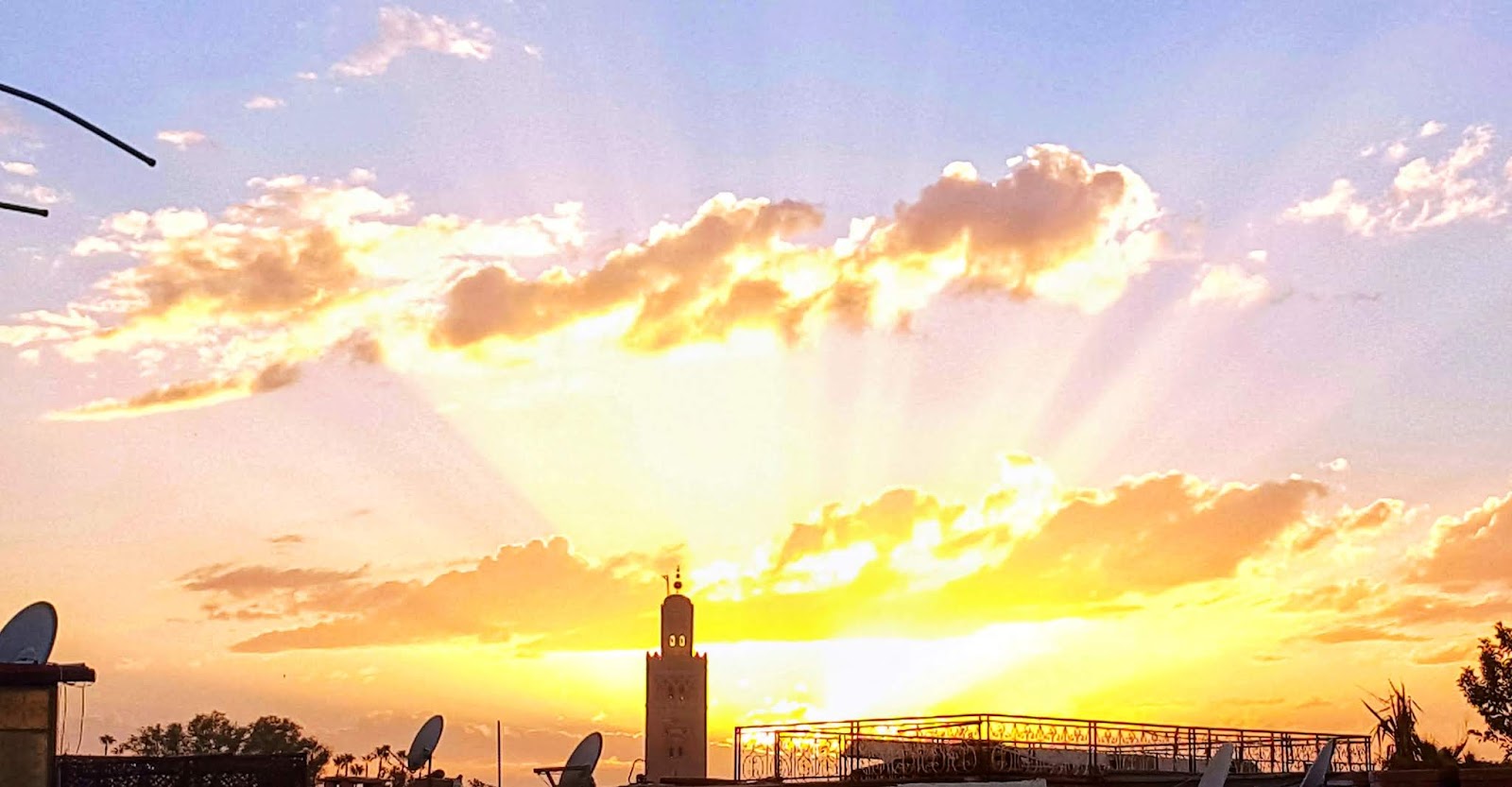 I know I say it a lot that certain places are my favourite, but Morocco really is.

I ended up in Morocco on a whim, a very specific Gilmore Girls whim and it ended up being so worth it. A lot of people I spoke to expressed concern about me travelling by myself in Morocco. I have to say that I always felt completely safe while there. Yes you are going to be approached by men, and they're going to ask you to smile, and say things like "pretty pretty lady, where is your husband" but honestly it was fine. No one was aggressive, no one touched me, and no one followed me. It can be a bit exhausting having so many people come up to you but if we are talking safety (and we are), you are perfectly safe travelling alone in Morocco. Like anywhere you have to be smart, i.e. don't follow strangers down a dark alley, don't get into a car etc etc but if you are a seasoned traveller, and even if you're not, and you use common sense, Morocco is totally safe, and the fears about travelling there are unfounded.

During my three weeks in Morocco I travelled to Fes, Chefchaouen, Marrakech, Mount Toubkal, and parts of the Sahara dessert. Fes was my first stop and I instantly fell in love with the city and the country. The medina in Fes is a giant maze and its easy to get lost, but fun to explore. The medina is known for its traditional tanneries. Tanneries are where they cure and dye the leather before transforming it into purses, gloves, coats etc. The vats you see in the picture below are used to cure and dye the leather. The white vats are a mixture of water, limestone and pigeon poop! The pigeon poop contains ammonia which softs the leather. The hides are dipped in this mixture then left for a few days hanging before they are washed. After this first process they are dyed. The tanneries use all nature product to dye the leather, indigo for blue, mint for green, and saffron for yellow. It's a really cool process, and the men who work there put in a lot of hard work.


The food in Fes was to die for. A dish called a Pastille was served nearly everywhere. Chicken Pastille or Pastilla is chicken cooked in cinnamon, onion, ginger and other spices, mixed with almonds, wrapped in pastry and then baked and topped with cinnamon and icing sugar. The result is a savoury sweet dinner dish that is fabulous. I had one nearly every day.
Fes also has an old fort from the 16th Century that is modelled after Portuguese Forts. The views looking down onto the city from the Fort are magnificent. You see the sprawling town and groves of olives on either side. Quick tangent, olives. The olives in Morocco are the best I've had anywhere in the world (sorry Italy, Portugal, Spain), they are fresh and juicy and tart and earthy, and the selection is crazy. Sitting in the sun in the Medina, they look like candy.


From Fes I took the bus to Chefchaouen. And it was probably my favourite city in Morocco. Chefchaouen is north of Fes, and it is known as the "blue city." Everything is painted blue. The origins of the blue paint comes from the Jewish community in Morocco. In the 1472 there was an influx of Jewish refugees to Morocco fleeing the Spanish Inquisition. They had a tradition of painting their buildings blue, and when they settled in Chefchaouen a blue city was born. Chefchaouen had a very relaxed feel, the medina was smaller than that of Fes or Marrakech and it felt very safe. I spent three days and three nights there exploring the town and doing one excursion for a hike to a near by waterfall and it was the perfect amount of time. I returned to Fes for one last night before taking the train to Marrakech.

The train from Fes to Marrakech is about 10hrs, but very pretty and very affordable. Marrakech is obviously a lot larger and the medina is very crowded but half the fun in wandering the maze that is the medina and shopping. I spent a few days wandering the Medina, looking at art, going to Mosques and drinking the most amazing juice sold at the main square for 1$. The juice here is freshly squeesed right infront of you and you get about 500ml for 1USD. I had one every day. After about four days in Marrakech my mom came to meet up with me. We did a week long trip together than included an attempt at summating Mount Toubkal, the tallest Mountain in Northern Africa and a trip to the dessert.

Because we attempted to summit the mountain in November, the snow had come in early and we were a few hundred metres shy of the summit. The wind that day was up to 50km/hr and the snow was so deep but we had a lot of fun. We slept overnight in a place that can only be described as Winterfell, huddling in our sleeping bags. From Toubkal we went to the Sahara dessert. We stopped at Ait Ben Haddou, an actual Game of Thrones location, which was really cool and picturesque, and we ended with a sunset camel ride into the dessert where we were met with tents and an delicious tagine dinner.

Morocco was so great for so many reasons. For one, it was like no where I had been before. The history, art and culture was really cool. The excellent food scene was something I was not anticipating and was so happy with. And getting to spend that week with my mom is something Ill never forget.

Anyone looking for somewhere different to travel should definitely go to Morocco. I can not wait to return and to explore further south and go to the ocean next time. If you're planning to go to Morocco or have any questions DM me on Instagram, follow along @thenomadicbee 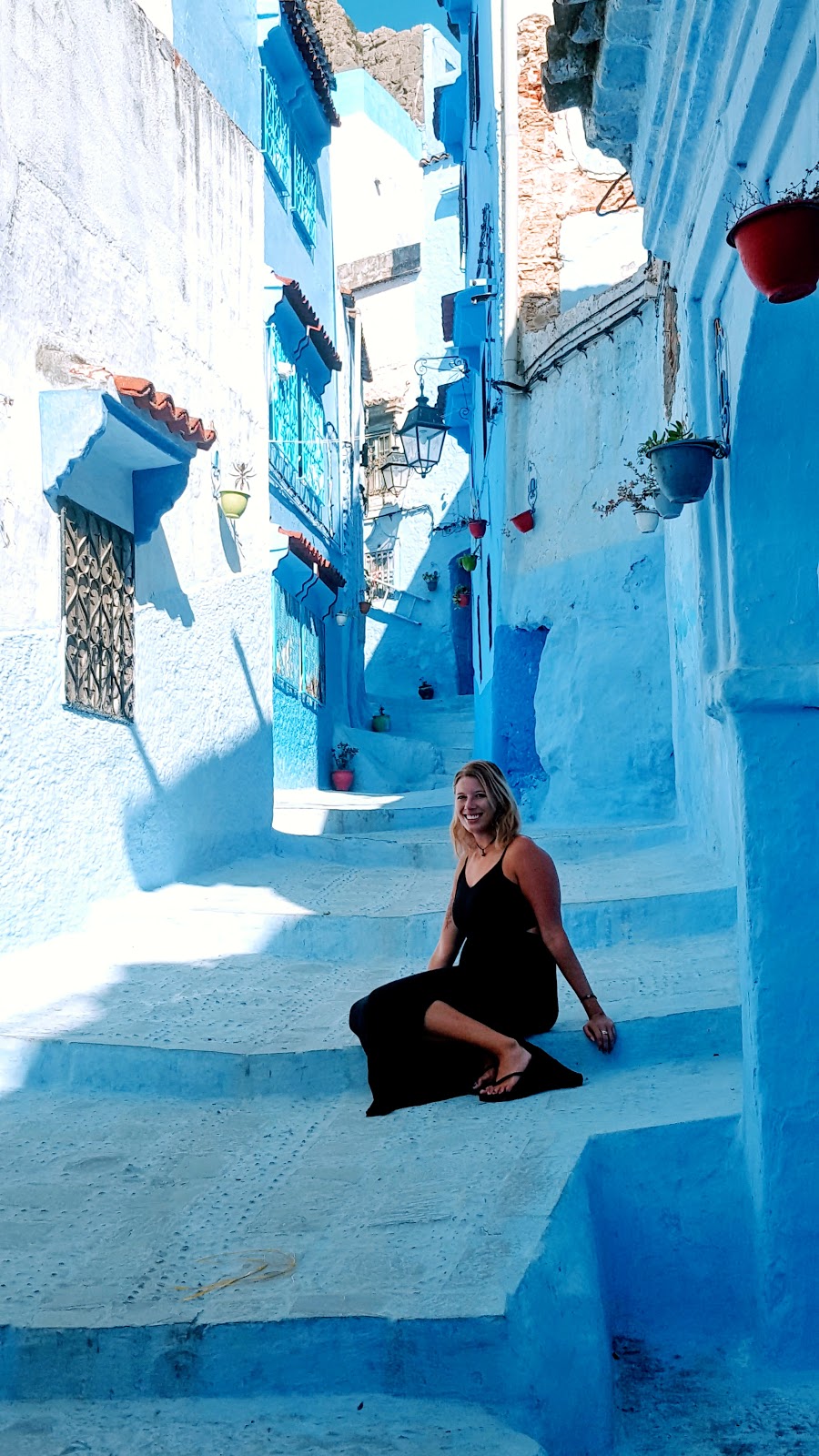