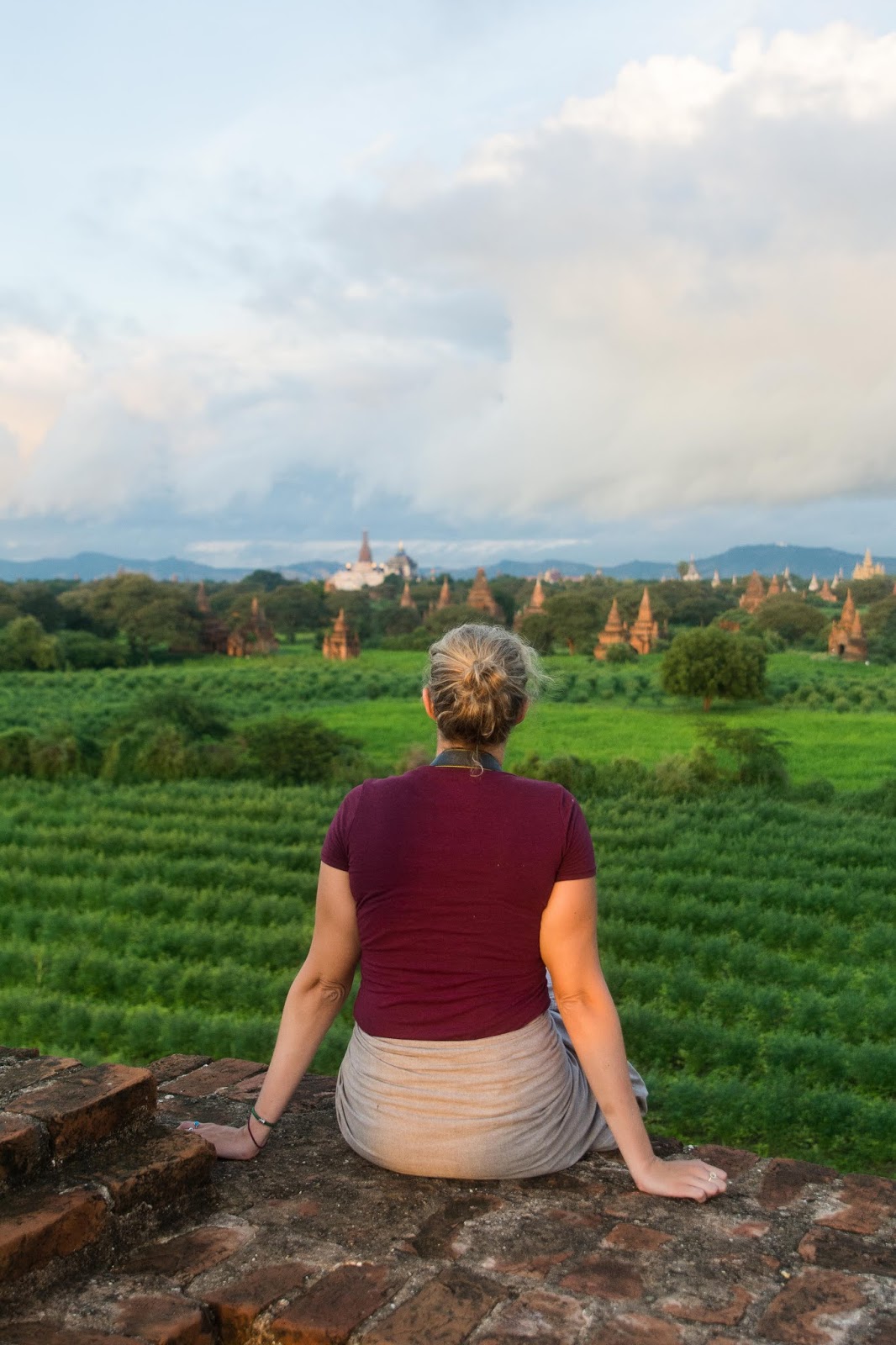 Two years ago today, I was just finishing up my time in Myanmar. I was 6 weeks into my first ever solo backpacking trip and I had left the friends I'd made in Thailand. Myanmar was never on my list of places to go, and to be honest, I didn't know anything about the country. One of my friends from highschool had been travelling there with his girlfriend and I saw their photos on Instagram - that was pretty much the extent of my decision making. The Burmese tourist industry is still fairly new: it was not until 1996 that they opened their borders fully to tourists, allowing them to stay for 28 days. Previously, visas were extremely hard to get, and only lasted for 7 days.

I arrived in Yangon (previously Rangoon) and it was hectic. Having just left Northern Thailand, and specifically Elephant Nature Park where I was volunteering, the major city was a shock. I took a taxi downtown to my hostel and crashed (I had slept in the airport the night before). When I woke up, I began to explore the city. I did a bit of research and found out there were a lot of Chinese and Indian immigrants in Myanmar, which meant, Chinese and Indian food! I had also two nights earlier luckily met a girl in Thailand in my hostel who was on her way to Yangon, we met up and went out for lunch.

Walking around Yangon is pretty amazing. The old colonial architecture is beautiful. The blending of colonial buildings with that of a hectic busy street filled with food stalls, tea houses and people zipping around on motor bikes was breathtaking. In fact, George Orwell, while serving for 5 years in the Burmese Police force and living in Yangon (Rangoon), wrote his book, "Burmese Days" while he was there. The Strand is a very famous hotel in Yangon where Orwell stayed, however when I was there it was sadly closed for renovations. Since allowing tourists into the country they were restoring the Strand to its former glory and reopening it as a luxury hotel. Still, the colonial style house was very beautiful. 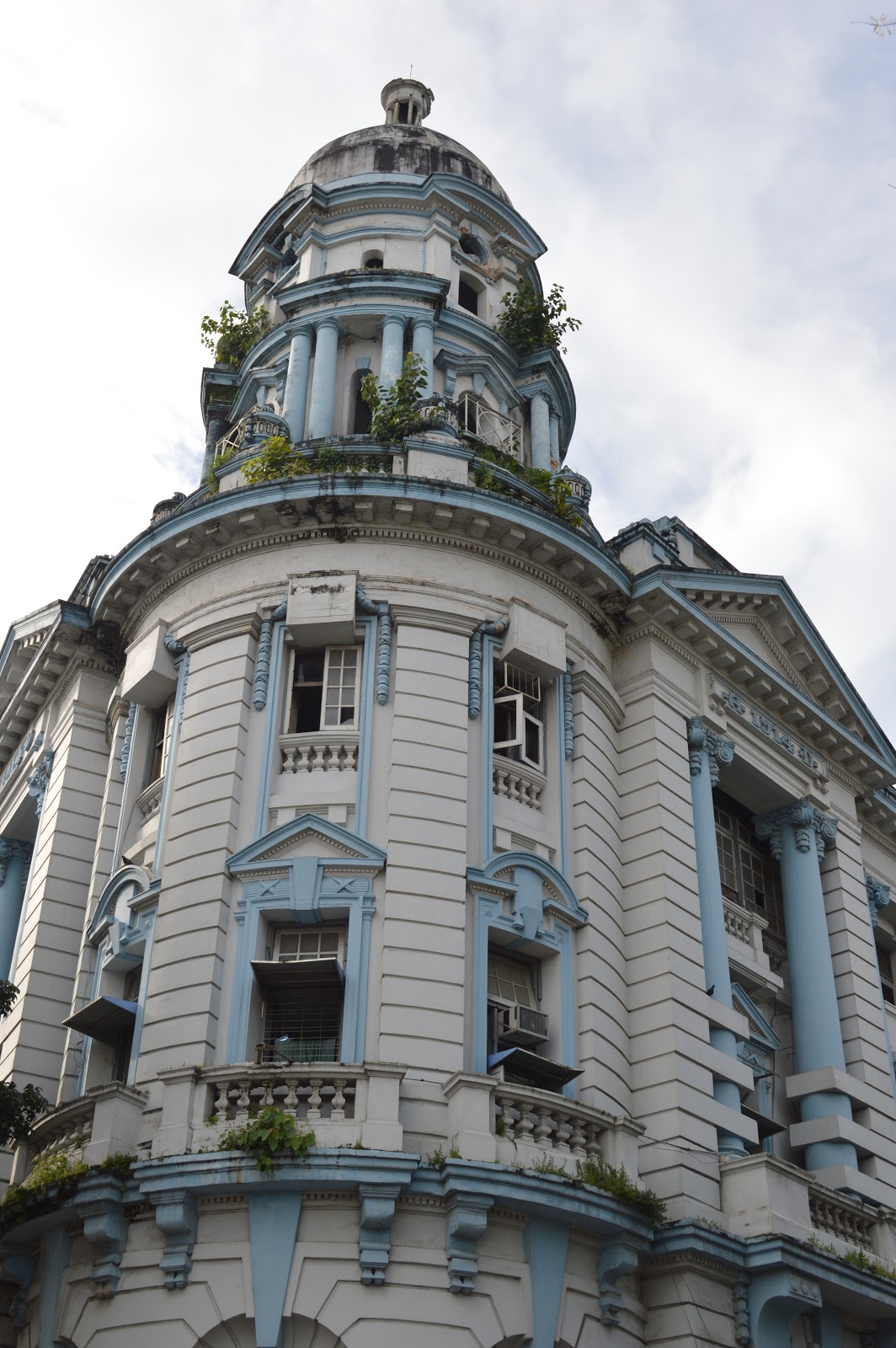 Not The Strand, just a random colonial building I saw while wandering. 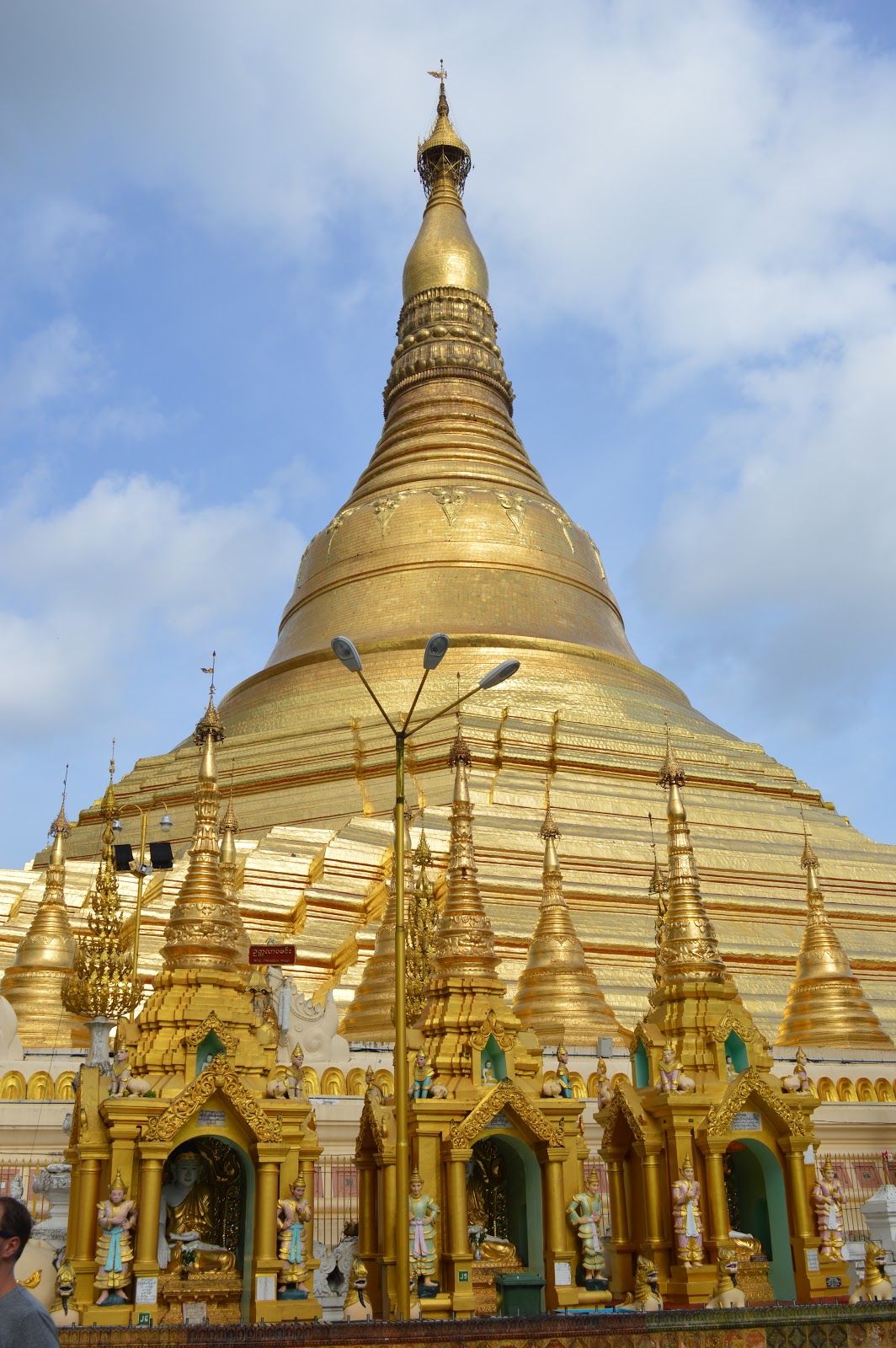 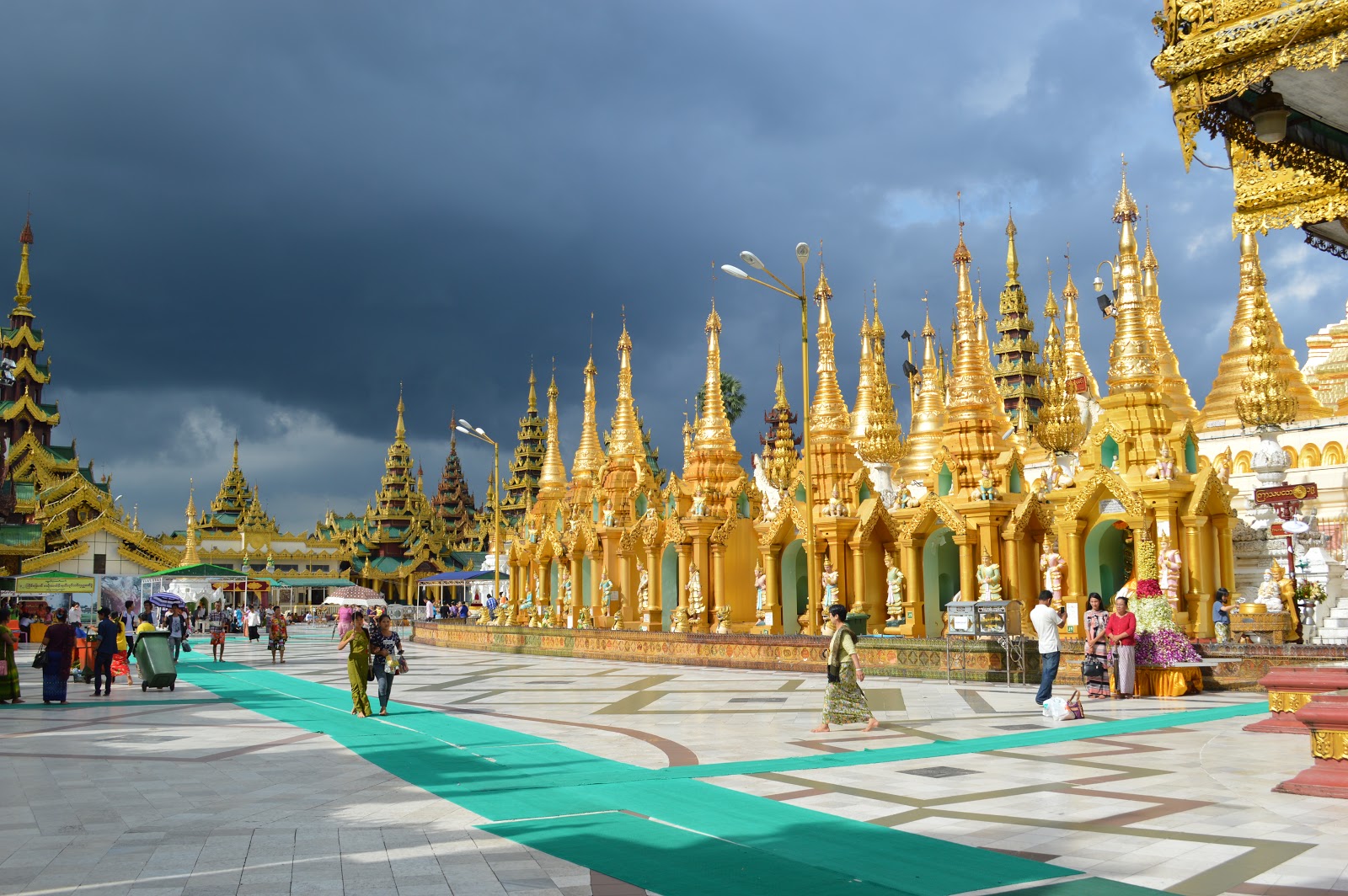 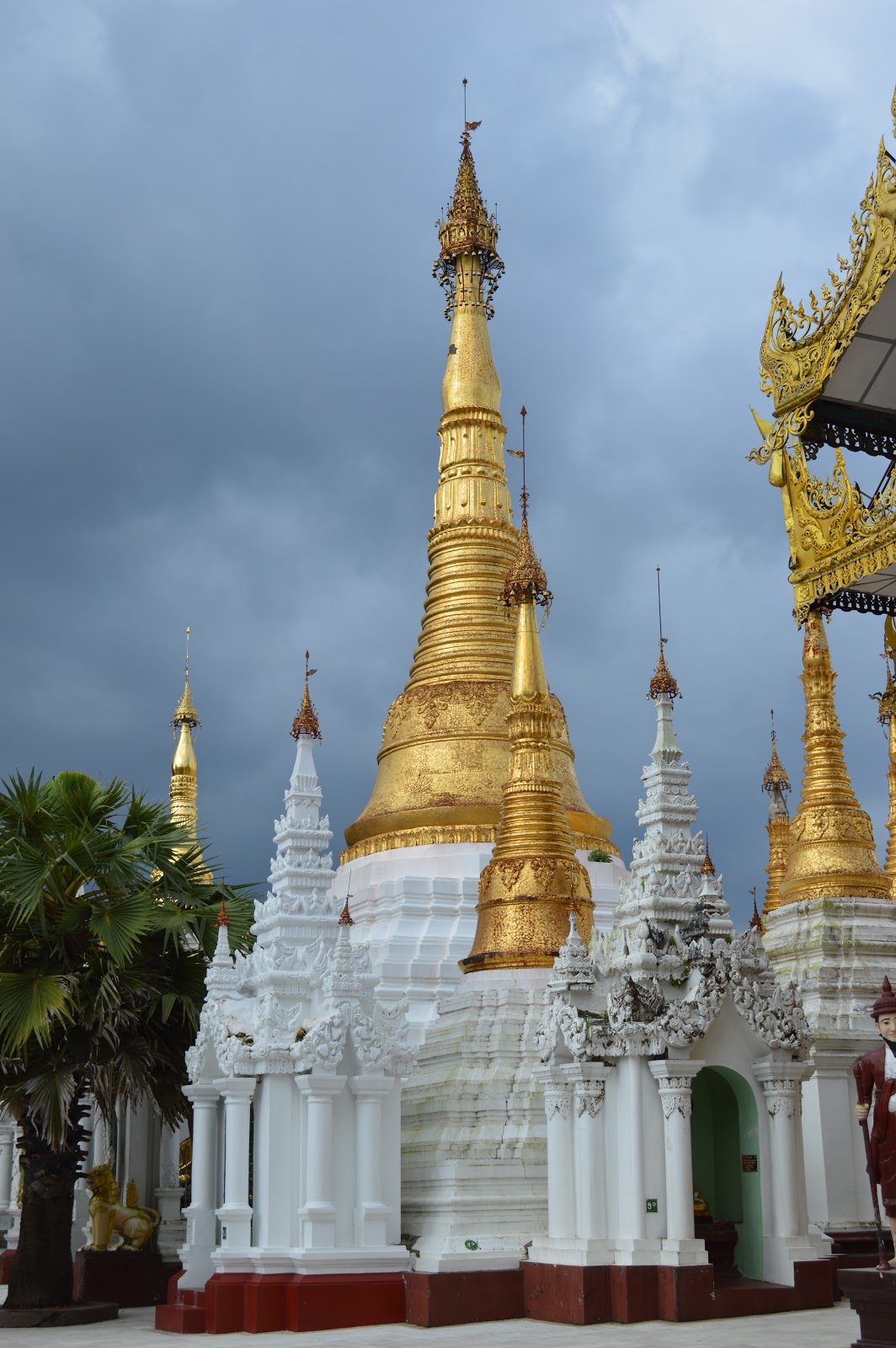 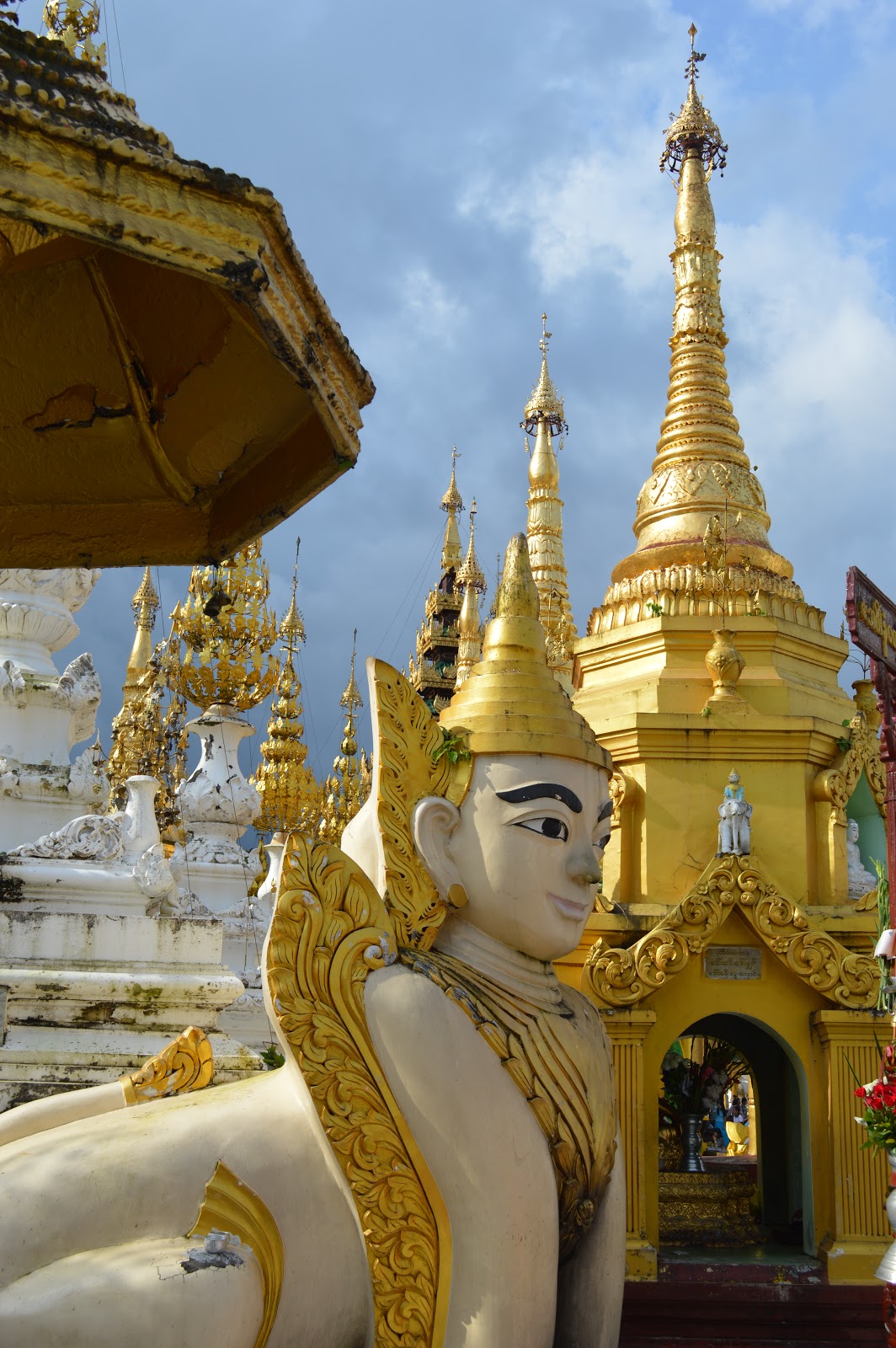 We stayed in Yangon for a few nights while my friend Mai was waiting on her friend Olivia. Once Olivia joined us, we left for Bagan. Bagan is further North, and is home to over 2000 Buddhist temples - the oldest of which is from the 11th century. There are so many temples because each successive King wanted to out do the last one and built more and more temples. We rented motor bikes and spent our day driving around exploring different temples. Our hostel, Ostello Bello Bagan, was amazing and provided both sunrise and sunset tours.

A quick note about motor bikes. After 5 days in Thailand, I was convinced by a new friend to try renting a motor bike. I was beyond scared but it really is how everyone was getting around. After driving one all over the islands of Thailand, renting one in Bagan was no big deal, and I subsequently went on to drive one all over Vietnam as well! 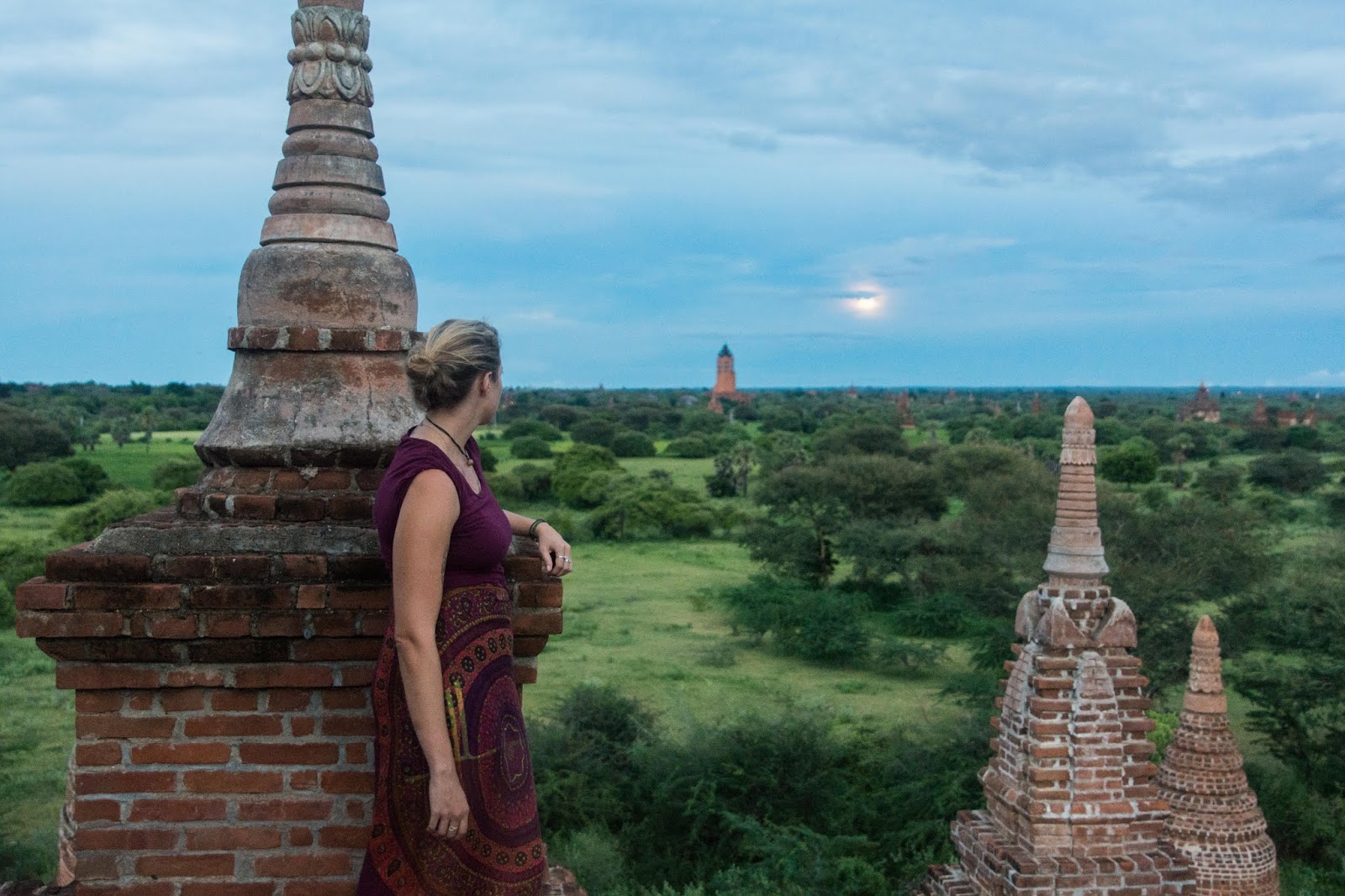 This photo was taken by the supremely talented Andres, you can follow him on Insta @theboliviantraveler 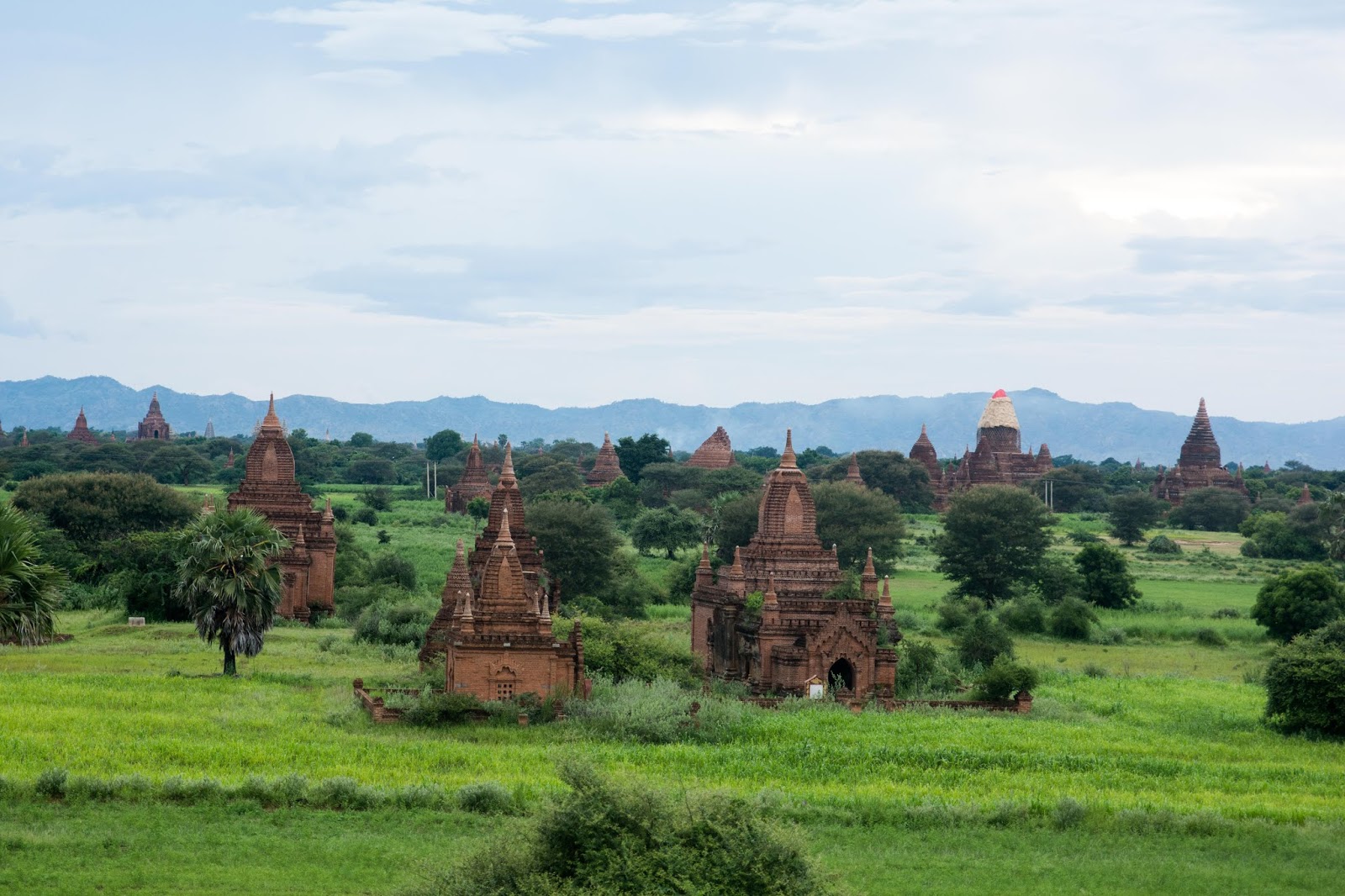 I was only in Myanmar for 8 days, so I only spent a few days in each place. After Bagan, we went to Inle Lake. While in Inle, we took a boat tour. We got to visit floating gardens, Longneck Karen villages, and got to see traditional fishermen. While in Inle Lake we stayed at Manaw Thukha Hostel. 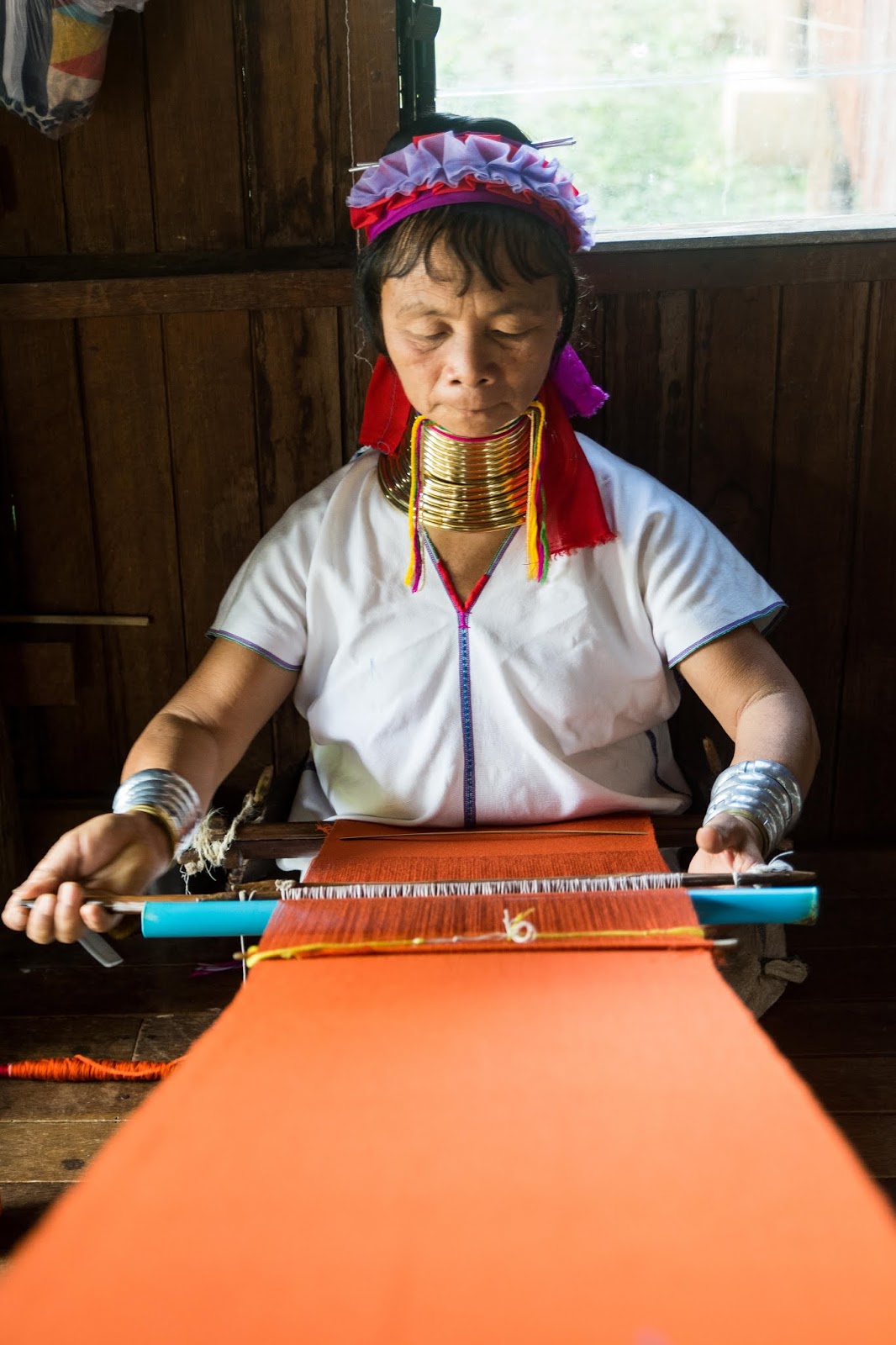 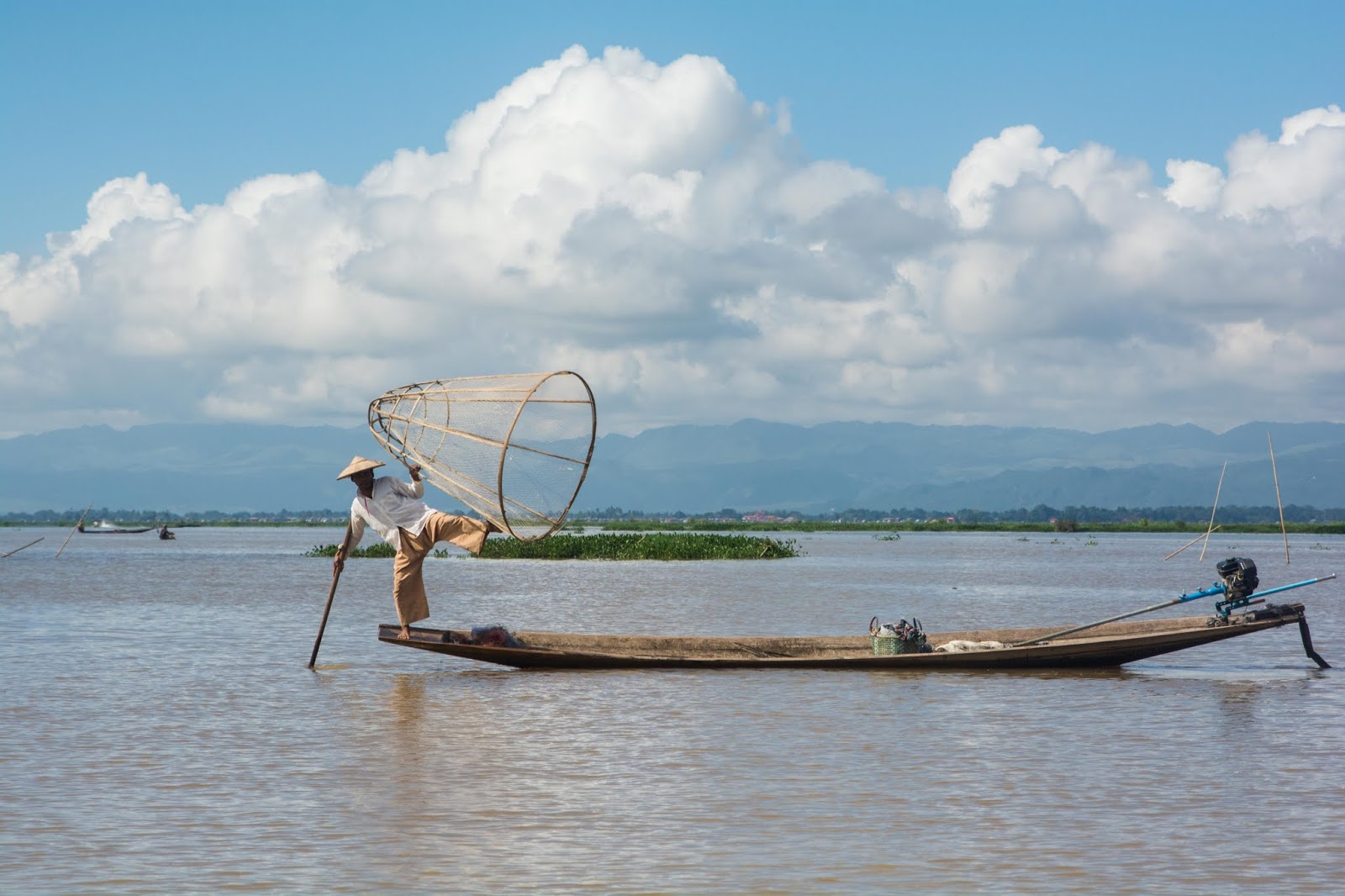 Myanmar was probably my favourite of all four countries I visited while in South East Asia (although it is hard to pick!). The local Burmese food was probably the worst, although they have a strong Chinese and Indian immigration population so I found lots of delicious food that way. I always felt safe there, even in Yangon. Some people complain about the two tier pricing system: the first tier being what locals pay, and the second being what tourists pay. You can definitely barter, however unlike Thailand and Vietnam, they will only go so low as they know that tourists can afford to pay much more than a local, and they are willing to lose a sale to a tourist if the tourist won't match their price. I was totally fine paying the second tier pricing. At the end of the day I AM a tourist, and I have the money to travel (even if I was on a tight budget) and they are trying to make a living.

Within a year after leaving Myanmar the genocide of the Rohingya people had begun in Northern Myanmar. I never truly travelled to the North. For one I didn't have much time, and two, I had read that while Myanmar had opened its borders to tourists, the North was still fairly unsafe. It's very sad to see a country that I loved so much experiencing such a crisis. I would return to Myanmar, however I'm not sure that given the current political instability I would right now.